ROSÉ-COLORED THAT IS
THANKS TO PUGLIA IN ROSÉ, THE ASSOCIATION DEDICATED TO ROSÉ WINES FROM APULIA

The rosé wines of Apulia enjoy great success in the Big Apple, a success that is achieved thanks to the commitment and the ability to create networking and relationships with American opinion leaders and opinion makers, put forward by the Puglia in Rosé Association, the first entity dedicated to the rosé wines of Apulia, founded and directed by Lucia Nettis.

One month of road shows in New York, through June 2017, during which time Apulian rosés “socialized” with the main players on the East Coast food and wine scene.

From the Beacon Theatre of the Saratoga National Golf Club for the «Live the Opera’s Soul» to the finale of the prestigious U.S Polo tournament, the Monty Waterbury Cup, in collaboration with the Italy-America Chamber of Commerce, Puglia in Rosé will be Platinum. Then, again, the reception organized by the Foreign Policy Association, in the prestigious Century Association di New York, followed by a Wine Dinner, created in collaboration with the famous magazine «Wine Enthusiast», considered one of the most influential publications in the wine world, with more than 800,000 readers worldwide, in the New York restaurant “ Lupa” (from the Batali & Bastianich group).

And then June 25-27, on the occasion of the 63rd Summer Fancy Food, Puglia in Rosé will offer a tasting of Apulian rosés in the Italian Lounge, the Wine Bar organized by Vinitaly International Academy.

On June 27, an exclusive Wine Dinner at the New York Yacht Club, one of the oldest clubs in the world (founded in 1844), organizer of many America’s Cup competitions. Puglia in Rosé will organize a tasting of Apulian rosé wines, for a limited number of very select guests, with the objective of strengthening the presence of Apulian rosés in the Club’s restaurant. For the occasion, prestigious figures will be present, such as Commodore Mr. Tim Mc Cormick and the Consul General of New York, Minister Francesco Genuardi.

“The intention, as always, is to share, together with Apulian wine-growing companies and commercial and institutional partners, the path towards highlighting Apulian rosé wines around the world,” declares the Director of the Puglia in Rosé Association, Lucia Nettis. “In particular, the strategy intends to introduce Apulian rosé wines in the United States, with the goal of fostering its importing and distribution, beyond retail. We have encountered not only interest,” continued the director Nettis, “but also a true passion for our product from the New York public, which we have found to be increasingly attentive and selective. In general, we believe this initiative,” concludes Lucia Nettis, “is an extraordinary opportunity for international promotion of the Apulia brand, for increasing culture and prestige and creating economic development prospects for Apulian rosé wine and defining its image as a Made in Italy product of excellence. 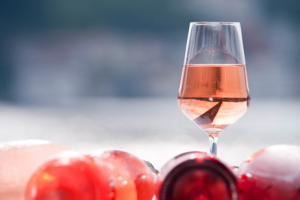